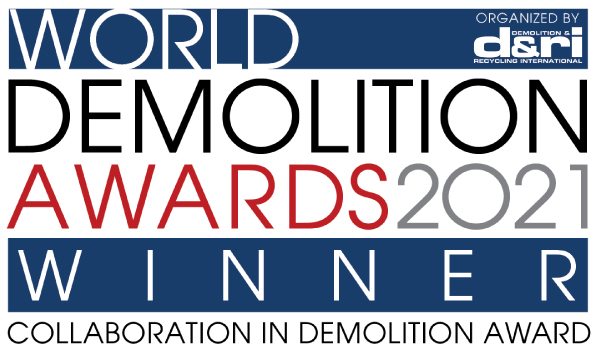 C&D won the World Demolition Award for Collaboration in 2021 for their project on the island of Jersey.  Below is an overview of the project , a challenge from start to finish, but one which C&D are immensely proud of.

The demolition of Jersey’s listed Fort Regent complex, nestled on a rocky cliffside, commonly believed to be one of the Island’s highest points was a demolition project so complex and fraught with logistical challenges that C&D quickly understand collaboration was the only way to achieve a successful outcome.

The remains of the Fort, a historically significant structure, built to defend the Island during the Napoleonic Wars, surrounded the site which only added to the difficulty, not only due to severely restricted access but also that the site is a vitally important wildlife habitat for several species, including birds of prey. 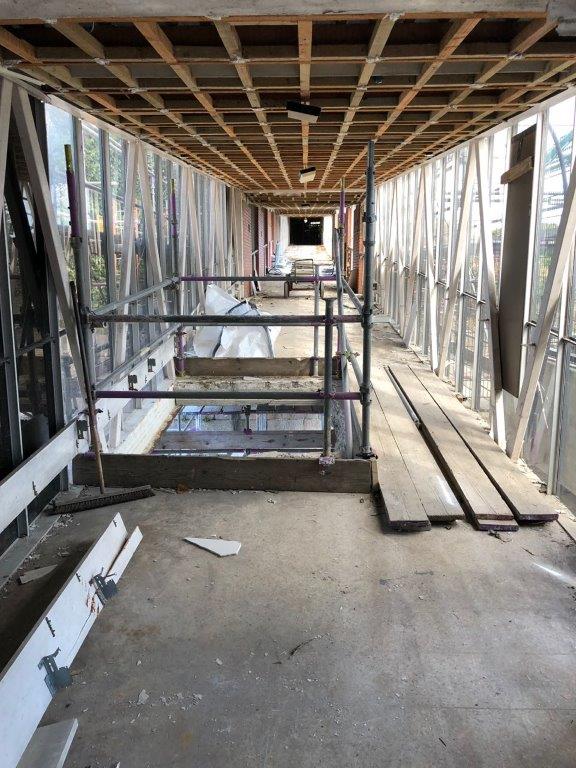 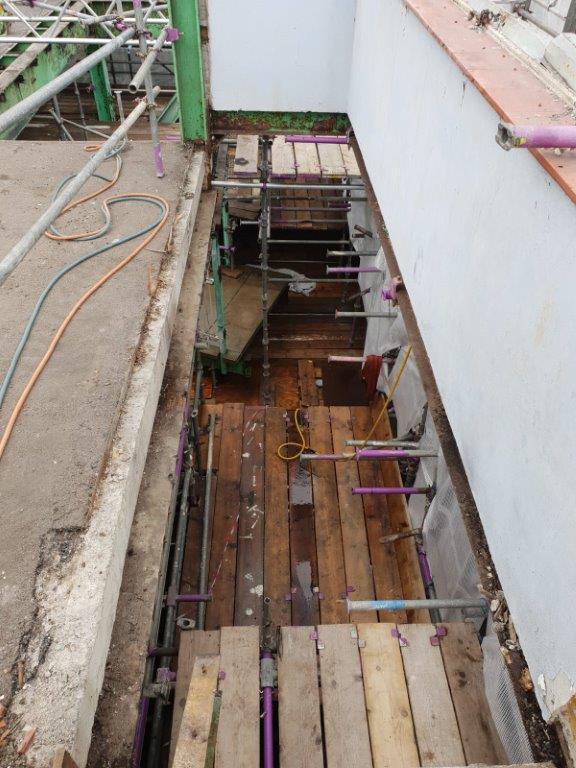 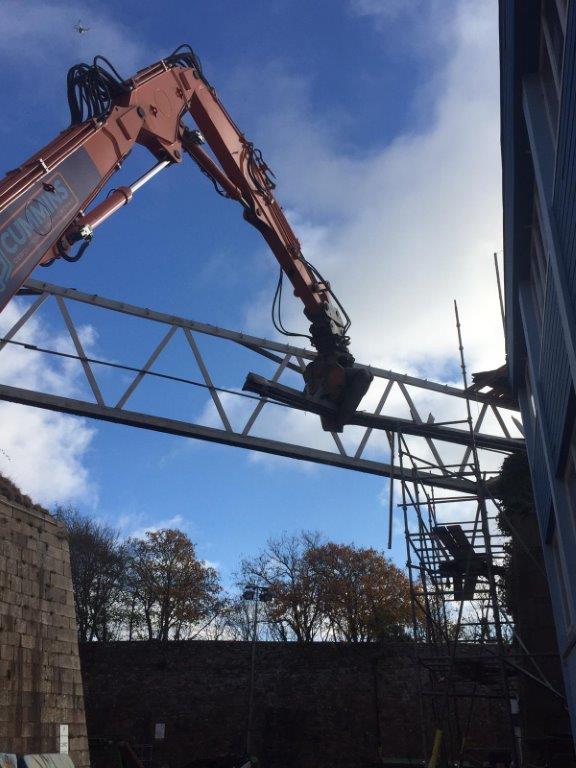 Access to the site was restricted on three sides by The Fort’s outer moat and the ten-metre high ramparts that formed the original defences; on the fourth side is a 25-metre sheer cliff; with car park directly below that had to remain open at all times.  Therefore the only access to the demolition site would be through Grade 1 listed Fort walls and outer ring road.

In order to bring a high reach excavator to site and several 50 tonne machines the contractor reinstated an unadopted road that was over 1300 metres long, which was a former protected battle ground. This proved to be an engineering challenge in its own right once permission was gained from the Fort society.

The States Assembly of Jersey took the decision to introduce external expertise to help oversee the project and appointed C&D Demolition Consultants in April 2017 to undertake investigation and procurement works.

The first issue was that Jersey was eight years behind the UK in terms of construction legislation and this meant that C&D had to quickly bring the Island’s regulation up to current UK and European standards.

After six months of careful planning, the demolition at the Fort complex started, with the removal of the cable car from its cliff face location. During the collaboration a new asbestos facility was opened and C&D and the island’s Health and Safety Inspectorate rewrote the asbestos regulations for the island.

Once this had taken place demolition of the cable car station commenced. Careful planning and demolition cuts were carried out by experienced topman burners with all structural cuts being reviewed by C&D who acted as third party checkers. Whilst this was being carried out enabling works to the ticket office and swimming pool were carried out including a 7 day long asbestos survey.

The cable car was demolished using small dumpers and spider cranes due to the 2m x 1.5m listed fort tunnel access ramp. With over 300 tonnes of materials to cut and process this was carried out over 20 weeks.

Following on from the cable car the ticket office and link bridge situated on two grade one listed piers were demolished. These were demolished with a high reach excavator modified by experts in order to gain access through the listed fort. This was carried out over one weekend and all materials were taken away to allow the Fort to reopen on Monday morning at eight o’clock. 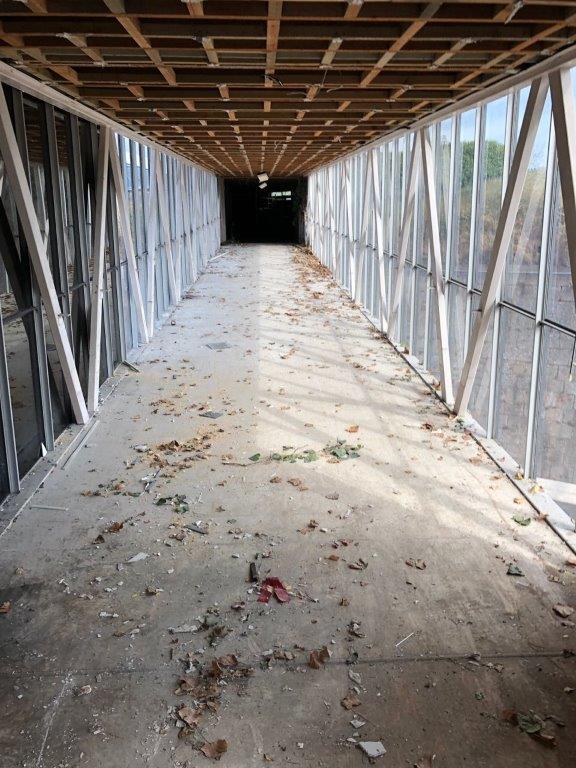 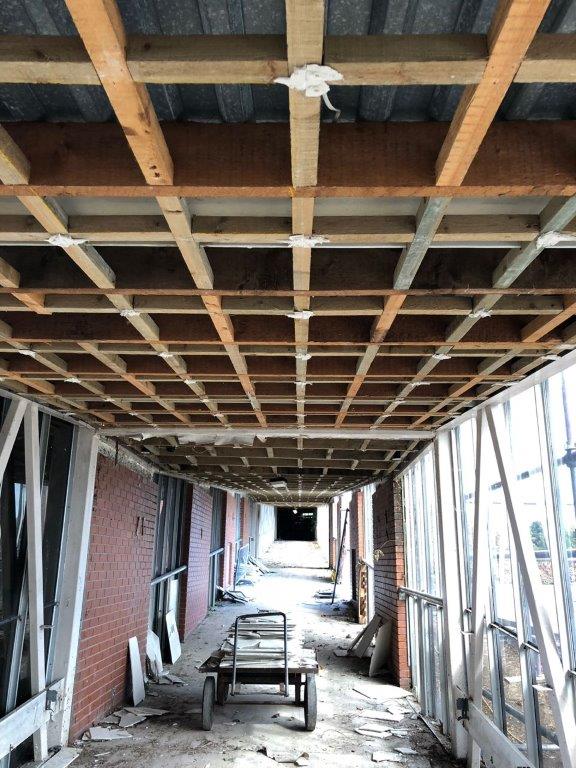 The most complex demolition of this regeneration project was the bespoke Fort Regent swimming pool that had stood for over 45 years. The steel structure comprised of a 55m span building with a large amount of hazardous materials. The asbestos on this project was valued at over one million pounds which made it one of the most expensive removals the island had ever seen.

The power of collaboration was in full display during the regeneration demolition project at Fort Regent comprising of the swimming pool, cable car station and ticket office. This allowed the most complex project in the Island’s history to be completed on budget and on time – no small feat when you consider the level of planning and the strict timescale being adhered to.

The demolition team successfully allayed the political, local residents and other Fort Regent site users concerns, with no complaints recorded and the project was finished with zero impact on the island residents. Better still and vital to the Island, the car parks to each elevation remained open throughout. 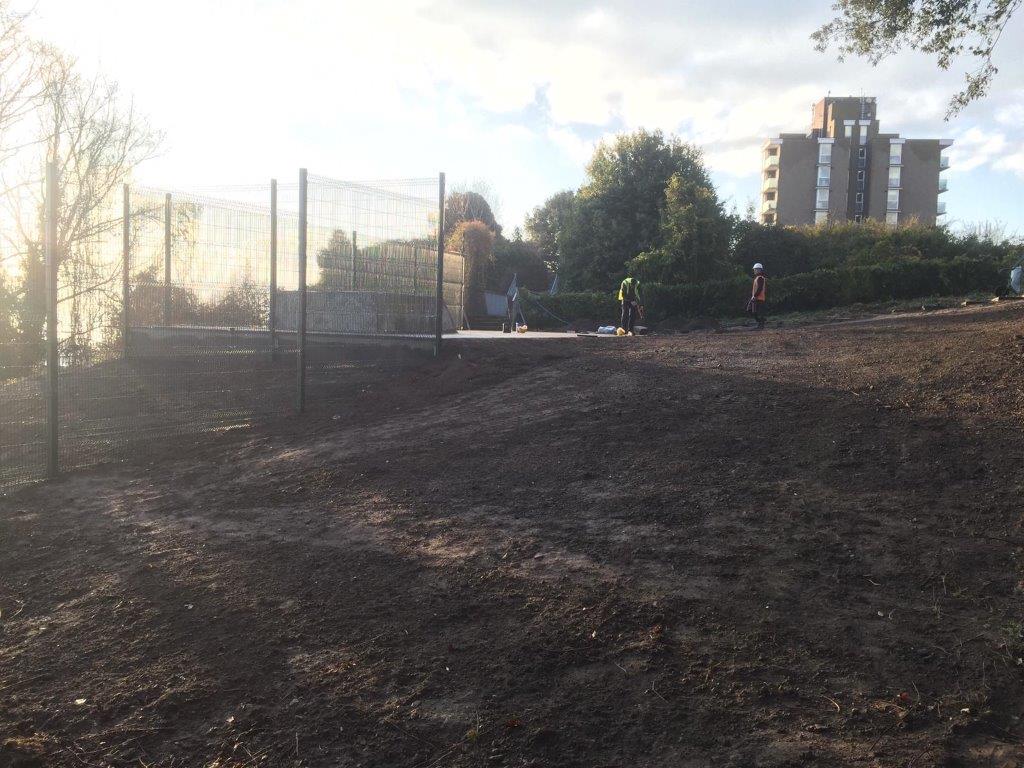 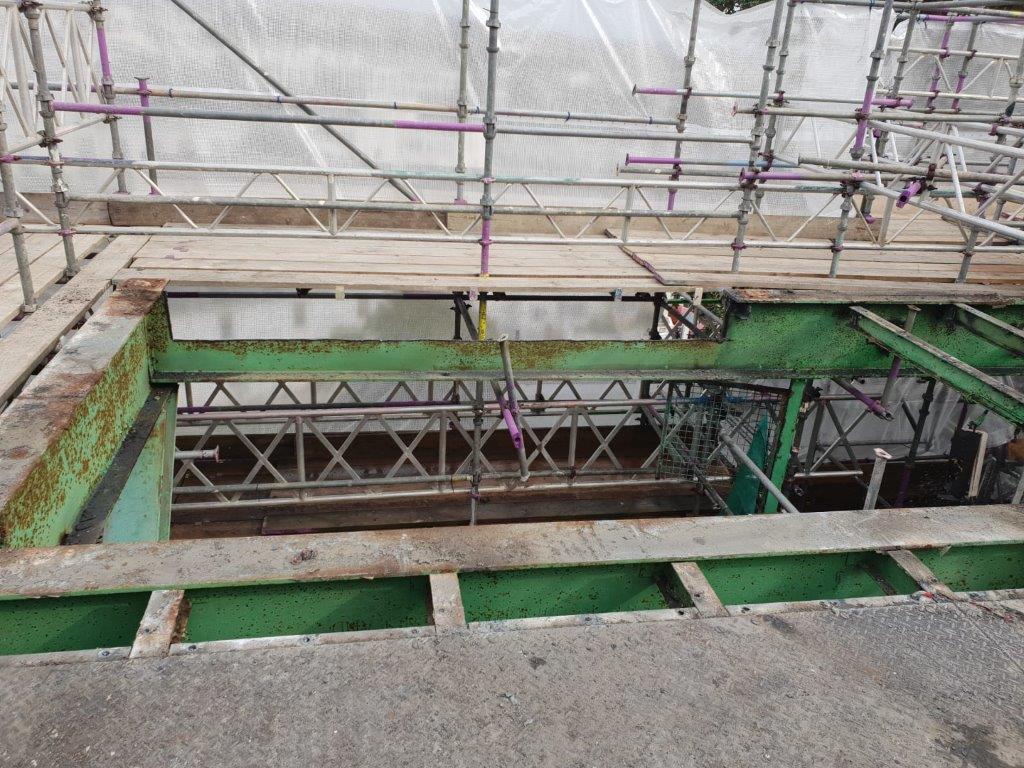 Weekly visits from the Jersey Health and Safety Inspectorate and by C&D Demolition Consultants ensured that the project was monitored and completed to the updated regulations, with no accidents or incidents recorded throughout the 134 week period.

There was no impact, no noise, no disruption to the Fort Regent complex and most importantly no damage following a dilapidation review.